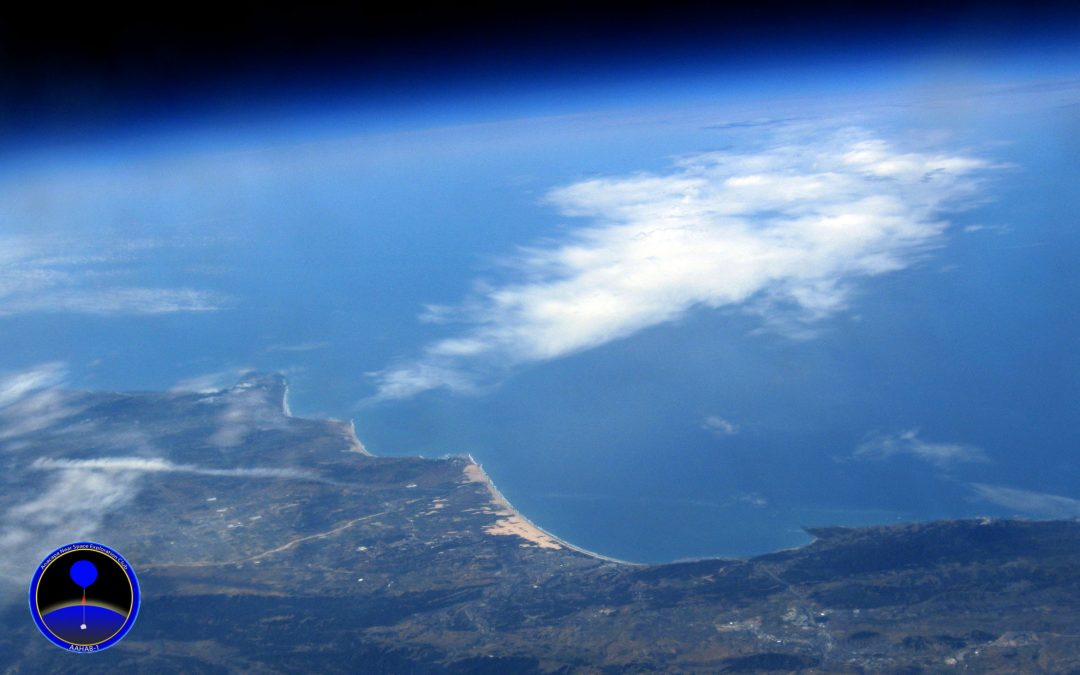 The Anacapa Near Space Exploration Club (ANSEC) – amateur radio call sign KK6BBL – was founded in 2010 by Anacapa students Julio Bernal, Aubrey Cazabat, Christian Eckert and Connor Proctor under the guidance of their faculty advisor Levi Maaia.  The first team designed and built Anacapa Amateur High-Altitude Balloon 1 (AAHAB-1), which launched on May 21, 2011, returning stunning still images from an altitude of 91,122 feet after its two-hour and 10-minute flight over the California Central Coast.

In 2012, a second team consisting of new and returning crew members built off of the success with a second near space probe, AAHAB-2.  Team AAHAB-2 set even more ambitious goals including a live video downlink, high-definition recording, radiation sensors and live radio telemetry.  On May 5, 2012, AAHAB-2 returned to Earth after a project record-breaking flight peaking at more than 111,814 feet above the surface.

On May 22, 2013, two years and one day after the launch of AAHAB-1, ANSEC Team 3 had a chance to speak with NASA Astronaut and former Navy SEAL Christopher J. Cassidy via a live Amateur Radio link to the International Space Station (ISS). The 10-minute Q&A session went off without a hitch at the hilltop campus of QAD, Inc.  The arrangement was made possible by Anacapa School’s participation in the Amateur Radio on the International Space Station (ARISS) program and NASA’s Teaching From Space program. Support locally was provided by the Santa Barbara Amateur Radio Club. Video of the event was streamed live online on the school’s Web site.

Originally published in May 2013 at www.anacapaschool.org/athletics-activities/ansec