Making It in Cuba 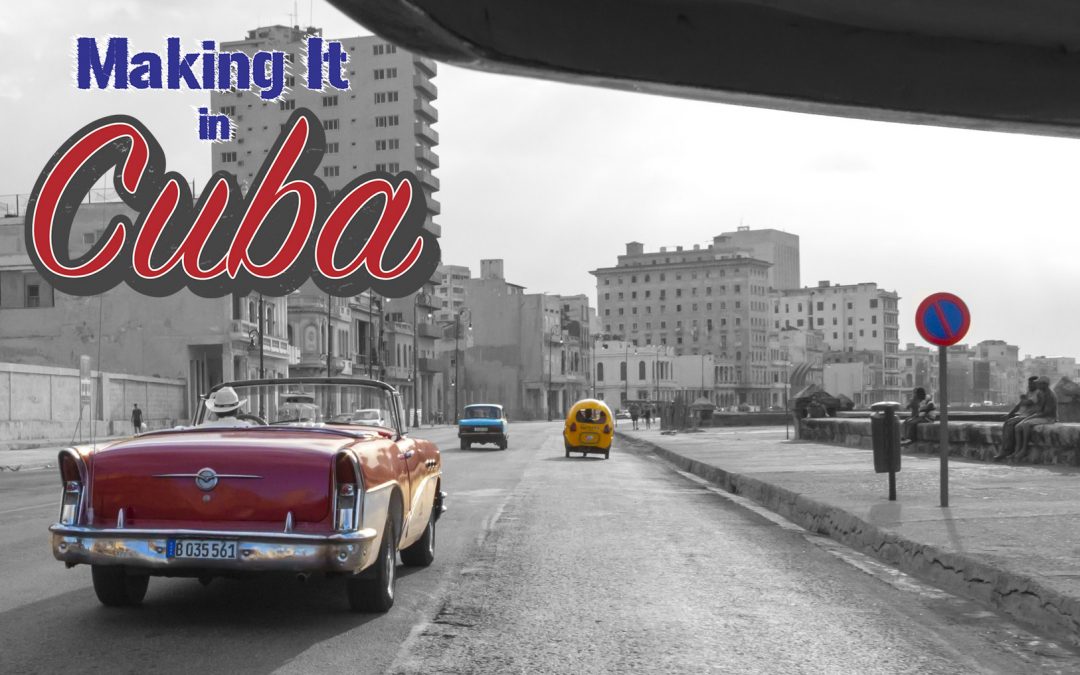 I am excited to announce the production of MAKING IT IN CUBA, a documentary film profiling the ingenuity of Cuba’s 21st-century Makers.

Globally, the Maker movement is empowering children and adults to solve problems with do-it-yourself technologies. Virtual maker communities throughout the globe collaborate on solutions using 3-D printers, open source microcontrollers such as the Arduino, and tiny, inexpensive computers including the Raspberry Pi. New technologies are enabling people to create sophisticated yet inexpensive solutions to complex challenges. The Maker movement is such a compelling force that schools throughout the United States have been embracing it in various models of hands-on, problem-based learning. I spent the past decade studying how this is impacting K-12 classrooms as part of my PhD research on STEM education at UC Santa Barbara.

While the DIY technological revolution born from the Maker movement is a relatively new phenomenon in most of the Western world, Cubans have been creating their own solutions to uniquely Cuban challenges for decades.

In 2014, my wife Daniela and I visited Havana as part of a “people-to-people” exchange program. Of course some of the first things that most Americans associate with Cuba are the iconic classic American cars, the vividly colorful buildings and the ubiquitous sound of music throughout the cafes and streets of Havana. However, Cuba’s free access to education from elementary school through to university, an adult literacy rate of nearly 100%, and more doctors per capita than any other nation also make it a global leader in both education and healthcare. Despite this, Cubans still struggle to access food, medicine and other imported goods. Instead, they must improvise or fabricate the conveniences and necessities that most Westerners take for granted.

Our first trip to Cuba left me with more questions than answers. I returned to Havana the following year to continue my research which has, since then, grown into a full-length documentary film campaign profiling the ingenuity of Cuba’s 21st century Makers.

We expect to begin principal photography in 2020 and hope to have a final cut ready for festivals in 2021.